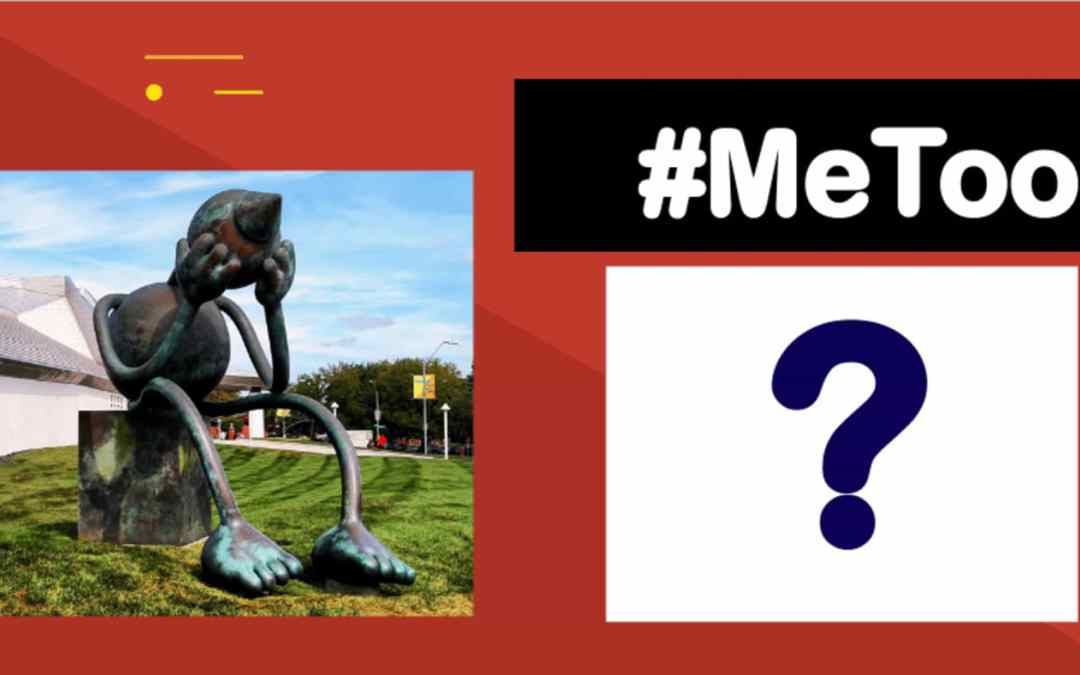 Firstly, who is Ira Trivedi?

Chetan Bhagat is an IIT, IIM alumni and later became Investment Banker. He became famous with the launch of books – Five points someone & One Night at the Call Center. He has released many books and more than 7 million copies of his books have been sold till now. He is also the columnist and screenwriter. On 13th October, Outlook India reported her story-

Around 10 years back, she met then Indian literary star Chetan Bhagat at a book launch event, Chetan was keen to know her reaction when any men in a direct way convey that he is attracted to her. Ira’s responded that “I tell him that, If he buys a hundred books, I will kiss him, and if he buys all my books then I’ll marry him“, thinking that this way she might sound lively and inlligent (clever).

I am overwhelmed by the support by both women and men. Before I published the piece, I was nervous, anxious and scared. This morning I felt empowered and calm. No matter what comes my way, I know I will be OK. //t.co/BEsh7931lO

On this accusation, Chetan responded with a series of tweets:-

Shame on media like @outlookindia who carried a fake charges story without even checking with me. They could have easily checked on YouTube that I launched her book in 2015/16. Who calls their harasser as chief guest for their book launch? Video here: //t.co/g6uIOVLjeS

So who wanted to kiss whom? @iratrivedi’s self-explanatory email from 2013 to me, esp last line, easily shows her claims from 2010 are false, and she knows this too. This mental harassment of me and my family has to stop. Please don’t harm a movement with #fakecharges #harassed pic.twitter.com/SWeaSCfHLd

In another tweet, targetted Akbar along with Chetan Bhagat-

Lastly, @chetan_bhagat, MJ Akbar & all, NO WOMAN looks to attract negative attention. It’s not fun, it’s not easy and it takes immense energy, courage and will. I or any woman for that matter has anything personal against @chetan_bhagat.

— Ira Trivedi (@iratrivedi) October 15, 2018 As we see here, we have information from both – Story from Ira Trivedi and some pieces of evidence from Chetan Bhagat. Chetan refutes Ira’s claim with these supporting facts (from tweets):

What actually happened then and what prompted Ira Trivedi now to wake-up after around 8 years to name and shame Chetan Bhagat, is simply not understood easily by many, if we go by the reason given by Ira. Lucky for Chetan Bhagat to have a couple of evidence (already shared by him on Twitter), but not all #MeToo victims are lucky enough to defend themselves. As we have seen in this storm, named #MeToo, the likes of Union Minister M.J. Akbar has already fallen to dirt. Apart from naming Chetan Bhagat & Suhel Seth, Ira’s tweets worked relentlessly on another man – Union Minister M.J. Akbar, even more than Chetan Bhagat and Suhel Seth.

However, she forgot to mention her very strong kind of political background, which very few people in India can boast about.

With these questions asked to Ira and by using the simple commonsense, It does not seem to be a case of harassment but looks more like mild flirting from both ends as claimed by both separately.

And if we go by Chetan’s evidence, Ira Trivedi’s language of words also understood to be honey-coated and also not denying the possibility of flirting from her side.

But at the same time, we must wait and should not hesitate to support Ira Trivedi, if she can come up with something substantial facts/evidence to support her claim.

The beauty of #MeToo like movements is that, if you are claiming something wrong and try to finish one, and later if supporting facts will be against you, then you must also be ready to be finished.

Beware, It is a Two-sided Sword which you might have used to harm someone else with bad intent, it may even kill you if gone otherwise!

Why REAL #MeToo should get the strong support system

But it is also being misused

Many of us must have heard the story of a woman, who made fool of people for the first 3 times. Every time people heard and came for help, but after such buff incidents, they all knew her character/habit and formed an opinion about her.

Finally when actually wolf came, woman’s cry for help gone in vain, nobody believed her. Result – wolf killed her and eaten her body. If most of the women will falsely implicate the men, then nobody will believe the real story and obviously, #MeToo will die an early death.

“With a specific pattern”

It is like, there is someone or an organized group of people exists, which tells these people – “Fire” (shoot) as a traditional war situation. And then immediately there is a flood of tweets from Left-wing people, immediate coverage by media, Newspaper flooded with front page coverage, expert view from a similar group of people.

The timing of #MeToo India

Tanushree Dutta also named Vivek Agnihotri, who is a known Flagbearer of the people who oppose Leftist hypocrisy, Urban Naxals.

People who were on set on the date this incident was reported, many came with a single voice and denied the Tanushree Dutta’s charges and called them motivated.

So they know well, whom to support.

Again like a war, when some authority might have told them all – “Fire”, and they all fired the thread of tweets. But it didn’t happen when the kind of Sajid Khan, Vinod Dua were made accused.

With a huge surprise, one Hairstylist Sapna dared Amitabh Bachchan that soon stories will be surfaced against him.

Interestingly those who oppose Modi, are not fortunate enough to get the much Media Trial, like Vinod Dua (The Wire), Sidharth Bhatia (co-founder- The Wire ).

One must not forget that not all males are rapists, not all females are innocent!

This is not only about #MeToo, but more than 40% of cases of sexual abuse, dowry, work-placement harassment has some different agenda. So media restrict itself with the self-regulation & code of conduct, else should also be made a party in cases where the victim/accused or their family member’s life suffered hugely or even destroyed.

People must wait and watch about anything which is mainly a media creation, gradually after seeing the pattern, support system, bigger picture of the issue itself and then only we must carefully make the opinion.

Beware of any such thing, which is inorganically grown and seems to be sponsored or paid one.

Make this #MeToo customized to India and use it as a tool to punish the REAL sexual predators, No Naming & Shaming and Media Trial please, have faith in our system & judiciary. Don’t try to generalize it with Male Vs. Female else this Bhasmasur is not going to leave anyone.